A Step Too Far

Posted on 5th February 2017 by onemillionbootsteps 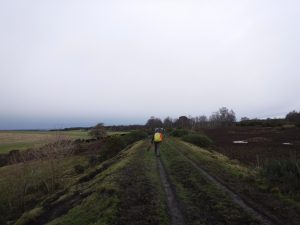 After a period of relatively little walking (practically none of any real distance since Feshiebridge last December) the opportunity came for a few of us to go for one final “long walk” before we head off to the Sahara in just over 4 weeks. Eight of us hit the route at 9:30am, beginning at Clovenside in Forres, picking up the final two at the start of the main route. Destination, The Olive Tree at Logie Steading for lunch. AND BACK!

Estimated 9 miles each way. I knew that would be a challenge as a “first” real walk for some considerable time. But in my head it wouldn’t be so bad surely? I mean we did over 31 miles at Feshiebridge and everyone keeps saying “we are there now, we are all fit”. So in my head this would be a great confidence boost and kick start my final four weeks of maintenance. So off we go. I confess the start felt a hell of a pace and I did wonder if that would knock the wind out of my sails too soon into the walk. But my biggest failing is I don’t want to spoil anyone else’s day by holding anyone up. I notice how much fitter now everyone is. The front runners include ladies who only 5 months ago were worried they might find even 10 miles too long. All striding out. 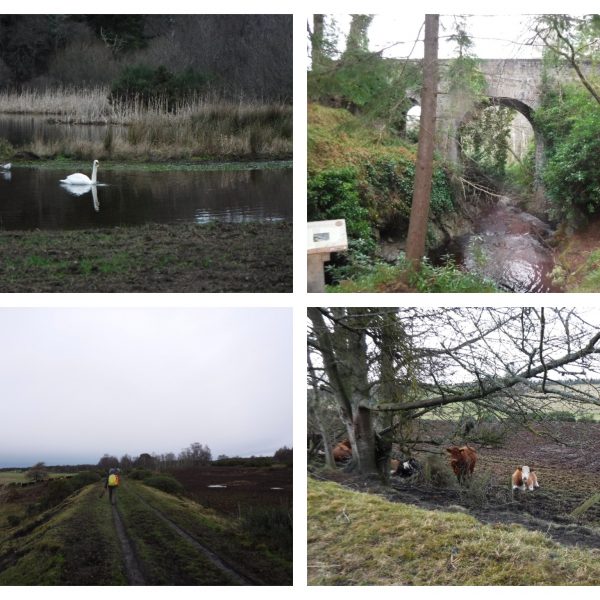 I settled in at the back beside Elle and Pauline as we chat – and laugh. Because the silliest things make me go into hysterics. Not helpful when your chest is tight and you are finding breathing a bit tough today too. The route follows the Dava which Jennifer and I did back in October. We are now doing it in reverse. Funny how a lot of this is unfamiliar. Not surprising as last time, by this point, we were shattered. We had 20 miles done and willing the last four miles to hurry up. I think I had stopped looking at the scenery and focused only on my blistered feet.

So it was quite nice to take some of it in properly now. Just a little past halfway (to lunch) I feel my energy levels start to plummet. A cold sweat indicates a need to stop and take on fuel. We all muster and take five by a pretty bridge. Enough to just pick up the sugar levels, rehydrate but murmurs of “it’s chilly when you stop” soon have everyone eager to move again.

The final couple of miles to our lunch stop were noticeably quieter (at the back anyway). I think we were all hungry. Two of the girls would bail out at lunch having managed to squeeze the half distance into an otherwise committed day. I confess had it not been for my final mile or so talking all things Safari I might well have reached Logie and opted to bail out too. My knee was already aching, the base of my heels starting the now familiar burn which indicates a need for more cushioning and a brand new issue with an aching ankle. But the company and the chatter can help me see way beyond those as the time passes quicker and your mind is thinking of other things.

Lunch done and the group say their goodbyes to Kirsty and Pauline. The offer was made for me to join them – but the voice in my head kept saying “you won’t be able to go back to your tent halfway through the day in the Sahara” so I popped the compede on my heels, put dry socks on, donned another layer ready for a cooler afternoon and carried on.

I don’t mind admitting the return journey was tough. I was already sore. I had finally admitted to Jen the pace was hurting me. Reluctantly as I am also aware light would be against us going back too. I was pretty sure my one “I don’t need” would manifest itself way before the end (blisters!!). Psychologically I find it hard to return the way I came anyway. Because you know what’s coming, how far you have come and how far you have still to go. But when you hurt it’s like you are willing those milestones away. And that’s when you really need the company, the stimulation to stop you thinking. Because walking is as much a mental as a physical exercise. 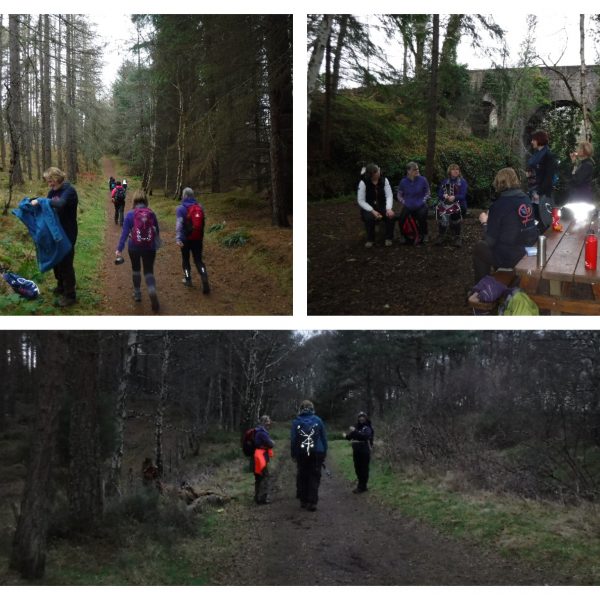 So fast forward five hours and I am finally home and sat in my bathroom while the bath runs. Trying to get my socks and legs off. Every bone in both feet hurts – now that’s a new one. I have blisters and know I will need to re-dress – that’s going to hurt. Mr Smith says “are you OK” and it’s all I can do to keep myself from crying. “How far did you walk?”. Almost 20 miles. He looks staggered and I know what he is thinking. You silly woman! And I know, I should have begun again with something shorter to loosen up. But time is ticking.

This week I had only one day with any real space in it to walk. So I needed to exploit it. Balancing a business and two voluntary areas of work (one in a position of massive responsibility this year) is taking its toll on my time. This week seems to have been an endless week of crisis after crisis, meeting after meeting, client request after client request. So finding even an hour to walk has become very low down the list.

I remember way back at the start we did a walk which was longer and faster than I was ready for and I nearly gave the idea up entirely. I couldn’t even bend to put my socks on. And I had toe trauma! And it wasn’t fun. Well, yesterday I nearly broke myself. Not clever with only four and bit weeks to go.

So today Marie begins again. Starting with a new plan. Making space to gently heal my body through gentle exercise – a little and often. Four weeks to go and when I get on that plane I want to feel the way I felt the day I said to Jennifer “I am ready to do the Dava Way – the whole way”.

On a positive note though, yesterday’s pain has taken my Boot Steps to a whopping 843808. I have now walked 364 miles since beginning my challenge.