Posted on 4th March 2017 by onemillionbootsteps 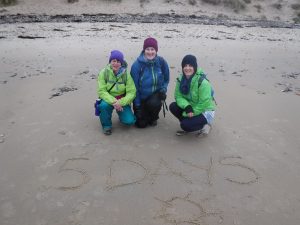 “Anyone up for a final walk this weekend?” went out the call earlier this week. Me please! Me please! Me please! One by one the hands went up. Four hours was all we wanted. One final half distance and then it’s a case of maintaining with a little stretch each day until we fly on Thursday.

As the week progressed some of those hands went back down as family commitments, niggling knee complaints, squeezed time and too many jobs to do, illness all took their toll. So we were down to just three as we awoke this morning to wall to wall rain. Now a sensible decision might well have been to postpone until a better day (tomorrow!) but today had been set aside and as I keep hearing Jennifer’s voice in my ear say “we’ll neither shrink not rust” we decided to crack on. I should point out at this stage I have no waterproof overtrousers. And until now there have only been two occasions (today being one) where I thought I would need them. So a rapid dash round the house to try and find Mr Smith’s old pair and then I was off. I was not even slightly colour coordinated but who cares. It’s a walk not a fashion show. Besides, we all need a bit of colour in our lives. And today I was taking mine to extremes 😉 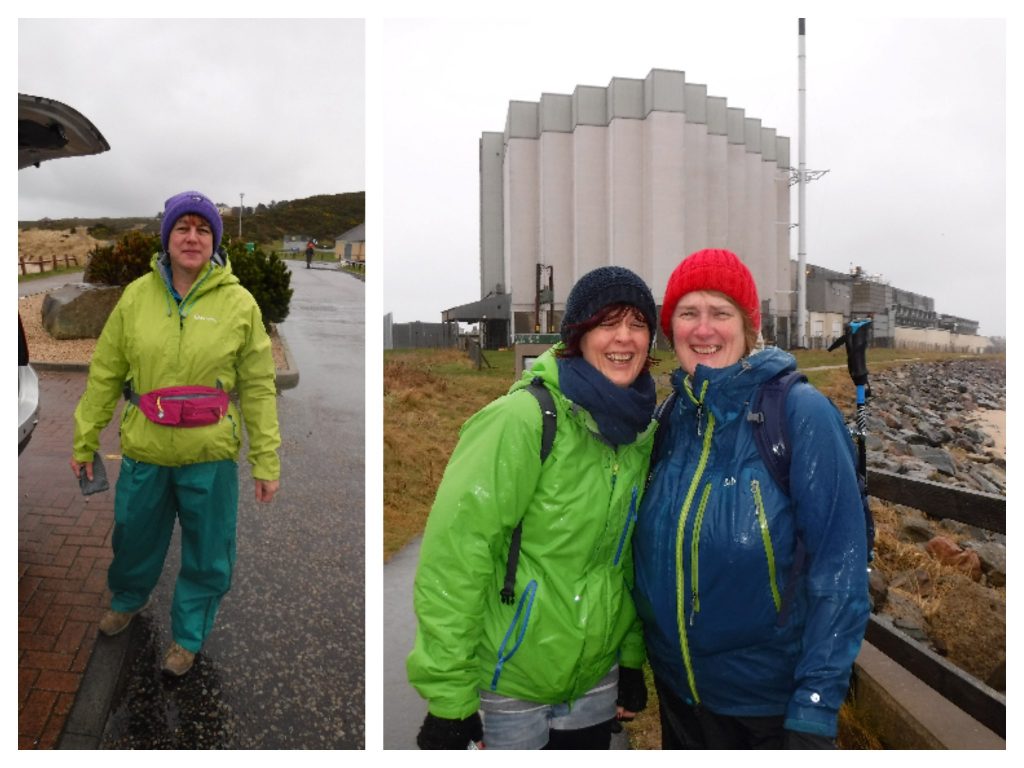 The route today was Hopeman to Roseisle (or as far as we needed to get those 10 miles or so in) and back. A beautiful part of the Moray Coast, even on a day such as today, where the rain and the breeze gives the sea even more character as it crashes against the rocks.

Today’s Trekkers are Kirsty and Susan. With just five sleeps to go it is not surprising our talk turns to practicalities. Flight times, transfers, packing. Temperatures, sleeping arrangements, and improvised toilet techniques. With all our walks we are now well versed in nipping behind the bush when the need arises. A day like today you almost don’t want to pee – all those layers to peel off! Count them down, then count them all back up. The trickle of cold rain off your jacket running onto a now bare bottom is something we won’t (hopefully) have to worry about next week. Today wasn’t the day to discover the jacket is either not waterproof, or not breathable either. Because underneath I was sopping wet. We would be unlucky to have to contend with that next week but we will have to deal with the lack of privacy bushes! 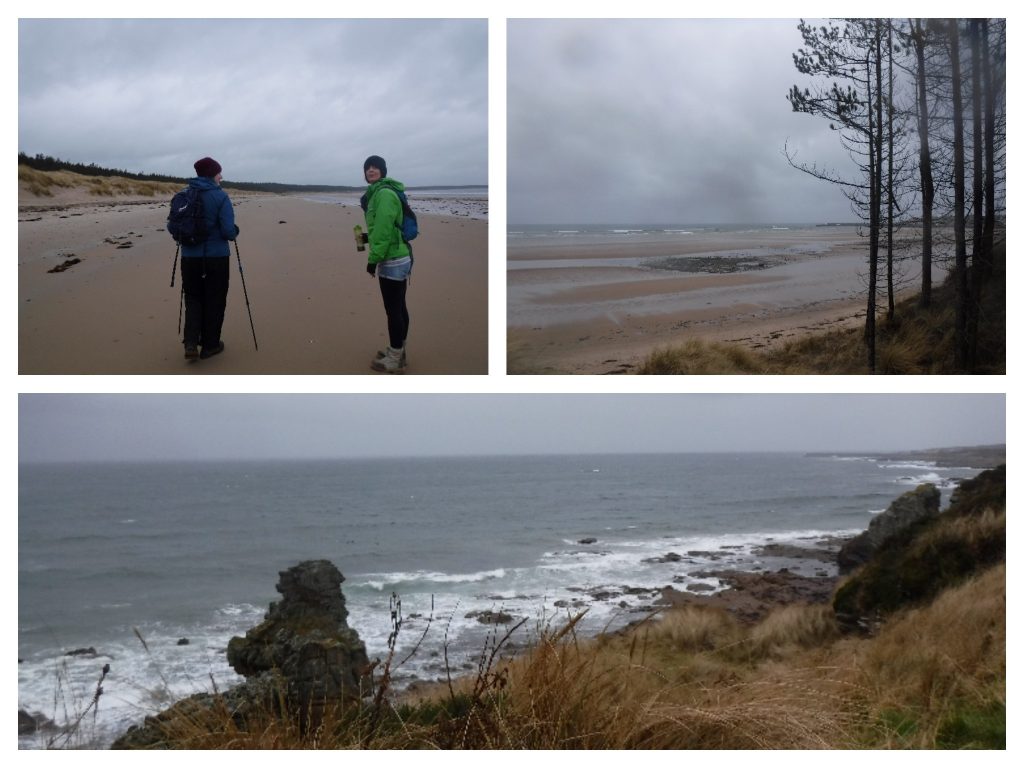 Walking, talking and laughing are three words which come with every walk now. The swish of waterproofs became our soundtrack today. Our final two miles or so were on an exposed section of the coast and that rain really was determined to make us work harder. So despite being the end of the walk we seem to have found more gas in the tank to spur us onto our fastest miles today (17 minute miles in fact). So fast that Susan found her overtrousers quite literally foaming! If anyone knows what causes that then do tell. Because it had us in stitches as we wondered what speed she needed to achieve to be an entire marshmallow by the time we reached the car. I know. Silly humour. But then silly humour is, has, and will be, what gets us through the hardest days.

Back at the cars it must have been quite a sight which greeted any curtain twitching onlookers. Three very wet women began to peel off as far as they dare. Susan was down to her funky leggings. I discovered those all important over trousers were not so waterproof either. Oh dear that’s me driving home sat on a plastic bag then. But we don’t care.

And that is it! My last significant UK walk is complete. 981532 boot steps done. So the millionth boot step will happen in the Sahara. That was always the plan, though for a wee while it looked as if I might peak early! Another occasion found me panicking I might not get there even in the Sahara. But none of that matters now as it is absolutely right that my millionth step will be completed alongside nine amazing women from Moray. Women who, mainly, I knew nothing of, or little about. Women who welcomed me into their group last summer when I was not in a good place mentally and might just as easily have abandoned the entire challenge. Women who I have shared laughter and tears with. Women who have all faced their own challenges in getting to the stage we are at today.

This entry was posted in Sahara 100km Challenge, Walking. Bookmark the permalink.