Posted on 10th September 2016 by onemillionbootsteps

Marie woke up and decided to embark on a deceivingly simple adventure by taking one million steps for charity. Not just any 1 million steps though (bed to bathroom doesn’t count, for example); only those extra steps made in walking boots. Exhausted yet? Oh, and just as an aside, the last 148 900 steps (ish) will be chalked up while crossing the shifting sands of the Sahara Desert. Told you she wanted an adventure.

So, imagine my trepidation when I saw a Facebook message from her with the word ‘walk’ in it. Nooooo to dusty camels, noooo to sand-storms! Haha, but it was an invitation to catch up, accompany her doing some of her Scottish steps and offered the chance to write about it afterwards; three of my favourite things in the world – walking, talking and writing. OK, I’m in.

I wanted to suggest somewhere that would replicate her Sahara experience, so naturally I went for the NE Scotland coastline, PAHAHA. We decided on my absolutely favourite stretch, running from stunning Sand End (surfing, anyone?) past the marvel of Findlater Castle to double check that Sunny-side Beach is – as always – sunny; then up sheer cliff faces and past stunning rock formations to beautiful Cullen, a town with roots in the 1300s and views of the best fishing village ever, Portknockie. (Disclaimer: I do live in Portknockie). After lunch, we decided to go back again, just because we could. 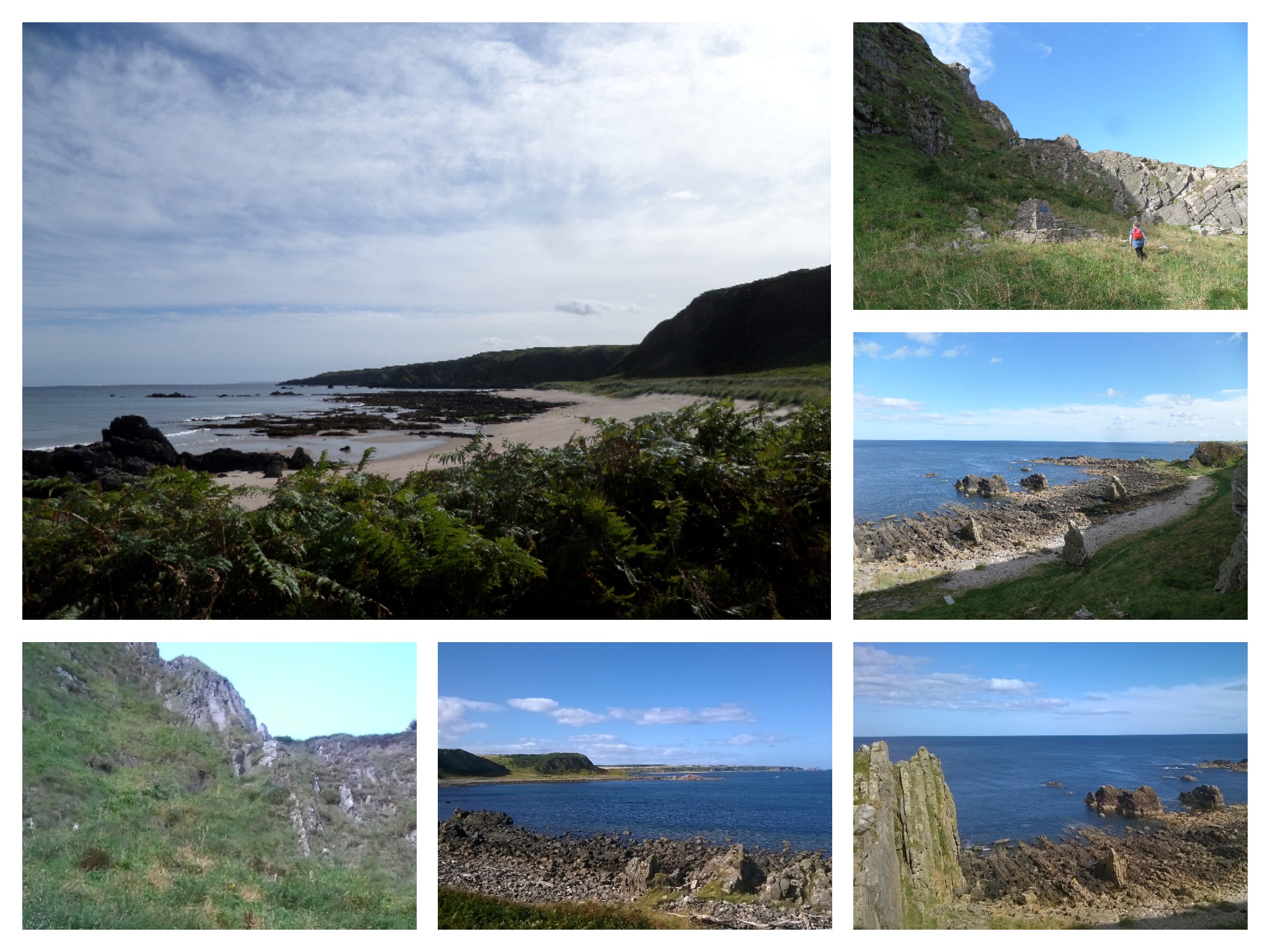 As we walked and talked (ten to the dozen, you know me well), it became very clear to me that walking the Sahara sounds like a total nightmare. A treacherous 6-hour drive before even reaching the walking route, dunes and sands that can SHIFT (which means goodbye to steadfast planning) and hours of unrelenting beating sun. 10 miles in the Scottish sun was just plenty for me last Saturday, thank you very much!

I’m guessing there are two things that will keep everyone going there; firstly, the camaraderie with new and old friends. Extreme conditions and lack of any comforts will mean that the walking team have to pull together and help each other through the bad days? During our ‘two-minute walk’ (in comparison), it was just lovely to have a good, old-fashioned catch-up, including everything from how’s business to DOGS to putting the world right. I swear I completely missed a cove on the way back because I was in full verbal swing – or was that shifting sand? There’s nothing like a good walk and talk.

And, of course, secondly, the charities that Marie has chosen. It became clear to me how much Marie cares about Moray Women’s Aid and Water Aid UK as well as the people who benefit from them. That education in itself is a valuable life lesson. So, thanks to Marie for her lovely invitation and good luck to her (and all of the MWA Tartan Trekkers), in taking these steps across the Sahara. Wishing you camaraderie, life-changing experiences and a nice cool shower at the other side.

Thank you to Mhairi McLean (Copywriting Services) – not least for being my lovely walking buddy and introducing me to yet another part of Moray I never knew about – but for putting the day into her own creative words.

If you would like to sponsor my challenge for either of my charities then head to http://uk.virginmoneygiving.com/MarieThereseSmith. Thank you x